September 29, 2009
So, we went to Niagara Falls (American side) last weekend because the engineer had an invited speaker engagement at a conference on Sunday. We decided to take the kids. We got there on Friday and immediately headed for the Maid of the Mist; it was a very nice day and the rest of the weekend wasn't supposed to be so nice. We had fun. We then went to dinner at a restaurant in Little Italy - I can't say I totally recommend the restaurant, so I won't say the name! 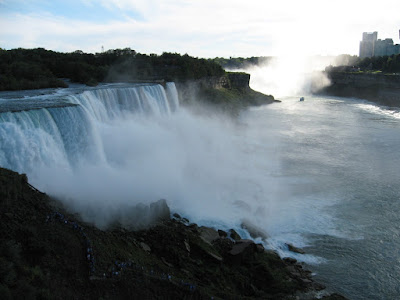 View of the American Falls taken from the observation deck. It was getting dark already at 5:30 pm! On Saturday, we headed to Canada using the footbridge. Getting into Canada was quite easy and quick. Getting back into the US was a different story. There was a line (not quite as long as customs at Philadelphia, but a line nonetheless). I wish I wouldn't have been so irritated so I could have taken a photo of the sign that says you have to pay 50 cents each to get back through the turnstyle into the US. Come on!

I think we ended up walking a total of 5 miles. We went to dinner at an Applebee's a bit of a drive away - it was good, as expected of Applebee's. Below is a view of Horseshoe Falls - Canadian side. Even for late September, it was crowded. 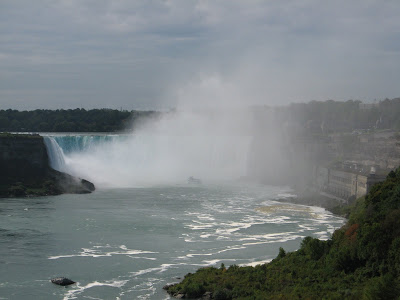 Here's a closeup view of how powerful this water is! Pretty amazing! 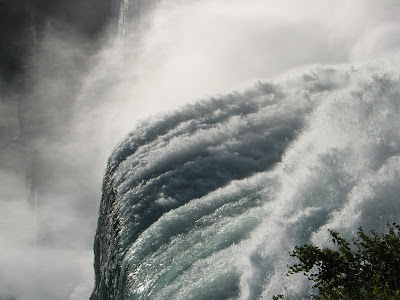 Here's a view of the CN Tower and the Canadian flag. I don't think we contributed too much to the Canadian economy, except for the ridiculously expensive and not very good lunch we had at the Hard Rock cafe. Remind me never to go there again! 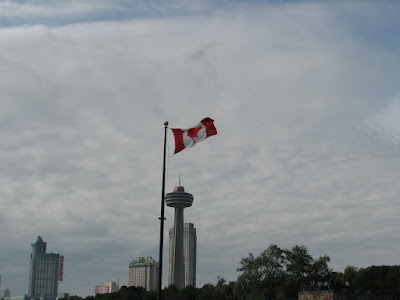 Alas, the Candy Planet was closed - not just for the day, but apparently forever. Too bad. I think I would have rather had lunch here! 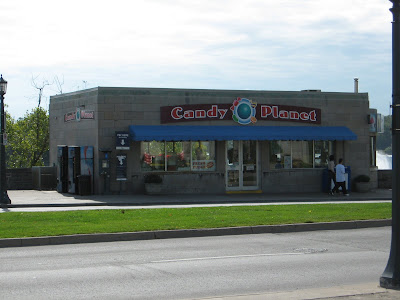 All in all a fun weekend. Time to recover, do laundry and get back to the school schedule.

Emi said…
Great photo of the falls! I hope you enjoyed your brief foray into my city =P
Hard Rock Cafe is much more about the ambiance than the food unfortunately, if I had known you would be downtown TO I could have recommended something good.
Take care!
September 30, 2009 at 12:57 PM