Beading Back in Time Blog Hop

May 01, 2015
This is the second installment of the yearly Beading Back in Time blog group.  This quarter, the challenge was Early Human - make something that connects to the Early Human time period in the Earth's history.

I was inspired by the Chauvet and Lascaux cave drawings in France but wanted to relate to the United States, so I studied Native American cave drawings.  I searched many web sites and google images and came up with the following cabochons. 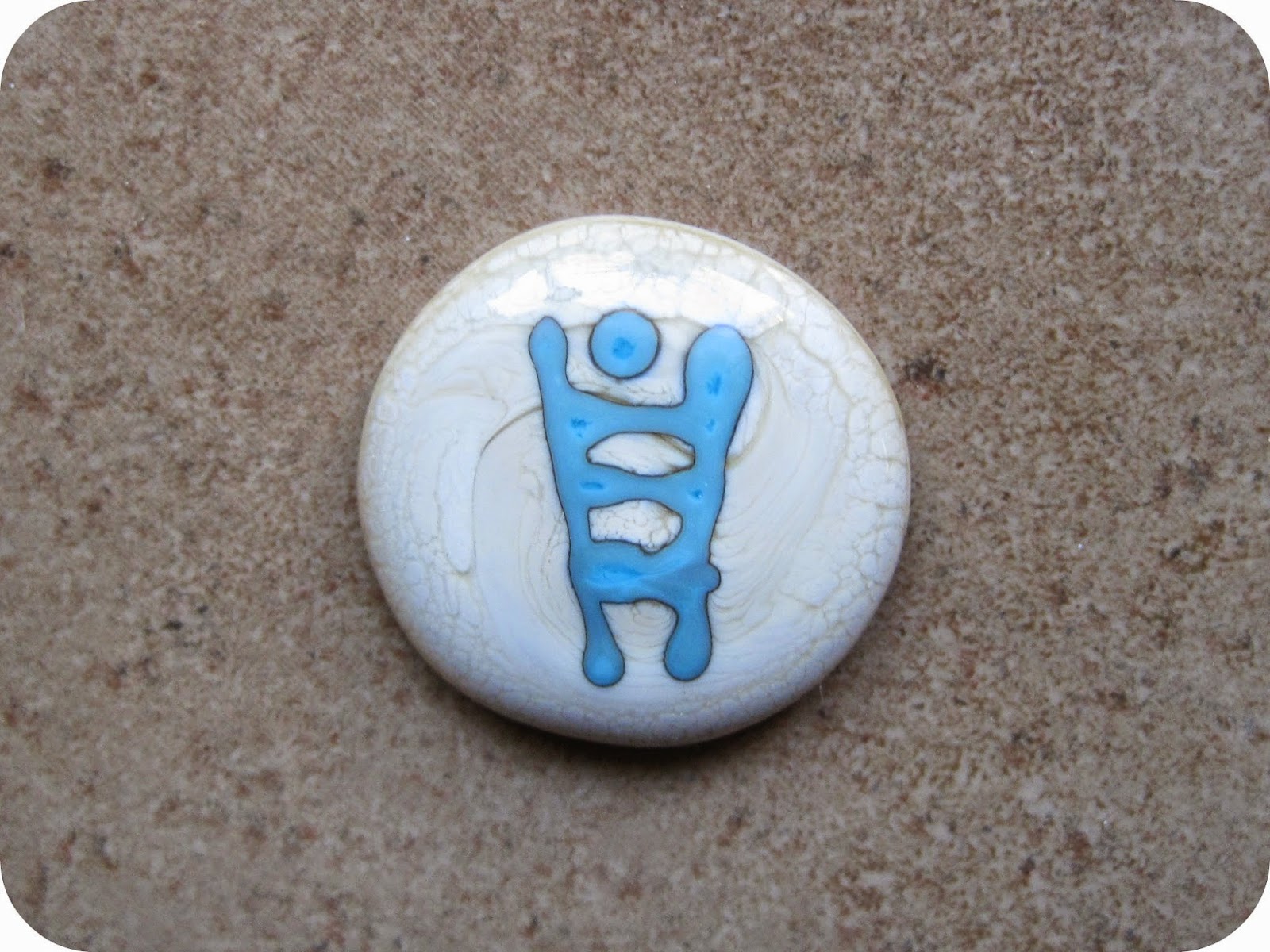 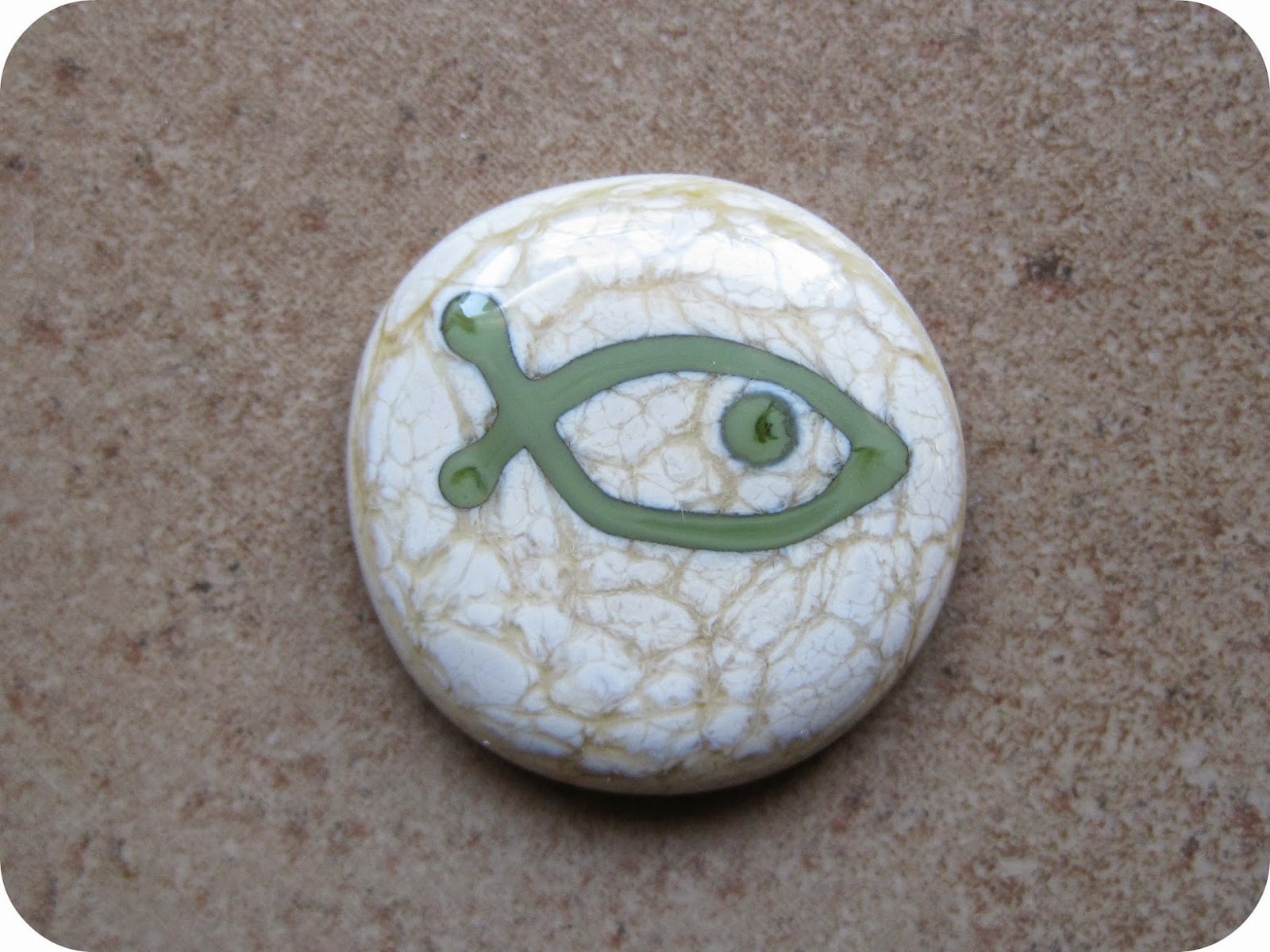 These are the ones I am happy with.  Clearly my stringer control needs some work, but I think I did pretty good on these ones.  I did, however, run out of propane in the middle of doing one of the cabochons and it turned into a disaster! 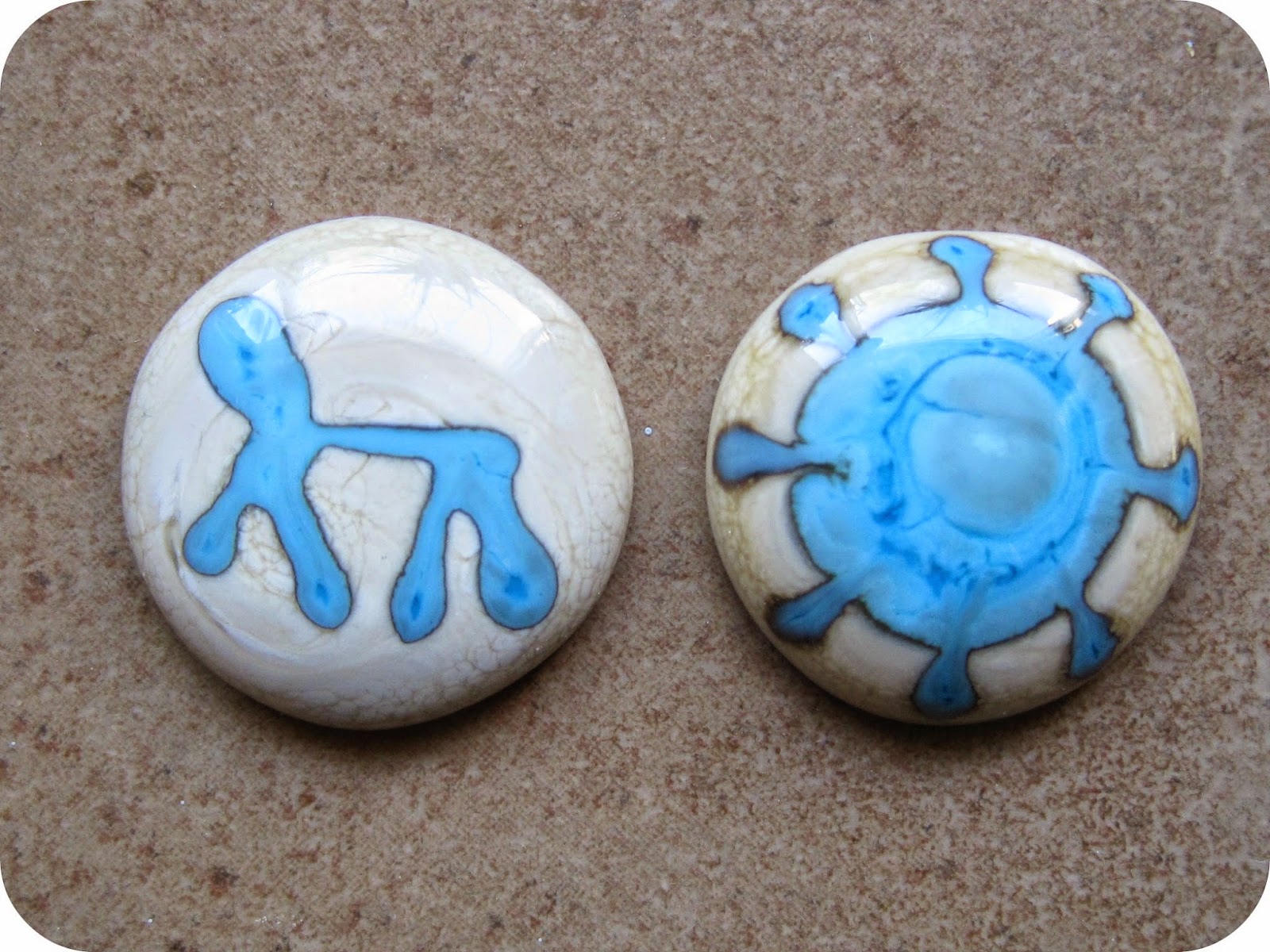 The big blob was supposed to be the sun, but as I was making the cabochon, my propane was running out and totally fried the cab. The animal is supposed to be a caribou or deer or something, but just looks terrible.  I'll be practicing these!

Have fun checking out what everyone else made in the Beading Back in Time group!

May 13, 2019
Hi Everyone - just wanted you to know I've moved over to WordPress for my blog and web site. You can find me at www.SusanKennedy.net
Post a Comment
Read more

December 21, 2017
Diana Ptaszynski had a great idea, instead of a Tacky Christmas Sweater blog hop, a Tacky Holiday Earring blog hop! I was on it.  I had ideas right away.  I had so many I had to control myself.  You can buy these for $15 each, too!  Here we go! I found these awesome wreaths in the miniature Christmas section in Michaels, and they go perfectly with silver and copper colored plastic beads! These trees were found in Michaels, on an end-cap - I assume they are scrapbook or card making supplies, but make fantastic earrings.  The holes were a little small and far down, so I had to make LARGE loops.  Paired these with cute little gold colored jingle bells! And, finally, the ones I had in my head the moment she announced the blog hop.  Dr. Seuss sparkly puff balls with ribbons.  The only thing that would have made these better for me is if I could have found the red ribbons I really wanted to pair these with - don't get me wrong, the silver is cool and all, but in my head they w
11 comments
Read more

February 28, 2019
Cathy Mendola chose Birds of Prey for the theme this month, and it's a pretty awesome theme. You are going to see some amazing work by my team members and the guests who have participated this month! I had plans of doing more than I did, as indicated by the purchases I made for the projects I had in my head. However, I have been doing some work in my house, so whenever time permitted, meaning after work and weekend hours, we were pretty much doing the room renovations. One of them is going to be my study/studio, and I seem to be foiled at every move by trying to get some work tables. So I have only one small project to show you this month.  But first, the purchases! This first Bali carved owl totem I got from fifirosedesigns on etsy - I wanted to make a mold and make my own cabochon to use in a necklace. However, I really did get around to doing that. So, I purchased the owl heads below. These owl head cabochons are from ArtisticVariations84 on etsy - they are just fantast
18 comments
Read more