January 27, 2015
Last weekend was the Ligonier Ice Fest - I took this as a sign that I should go and visit Andrew Thornton at his new location for his bead store, Allegory Gallery.  He happened to be having a show called "Fathom" so it was perfect timing. 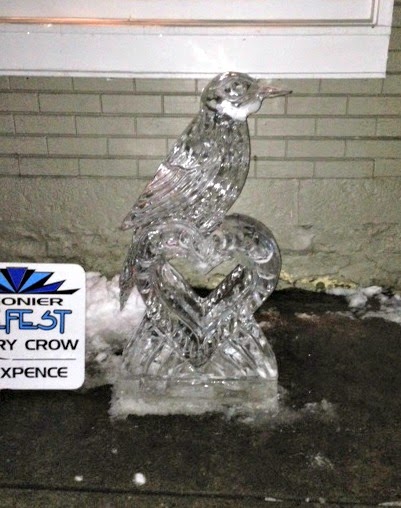 The hallmark of the Ice Fest is, of course, ice scupture. 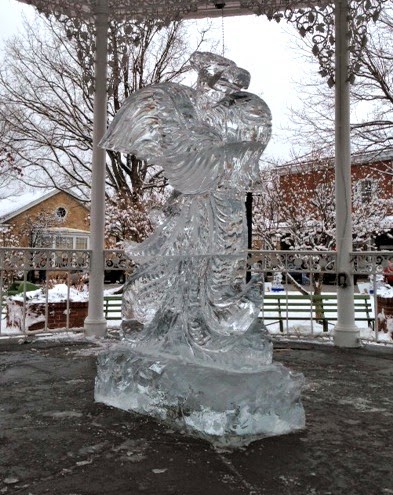 There were ice scuptures all along the diamond, and also in front of several businesses who sponsored them. 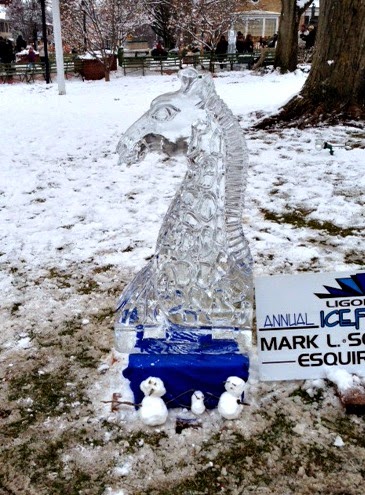 Many shops were open late to accommodate the crowds. 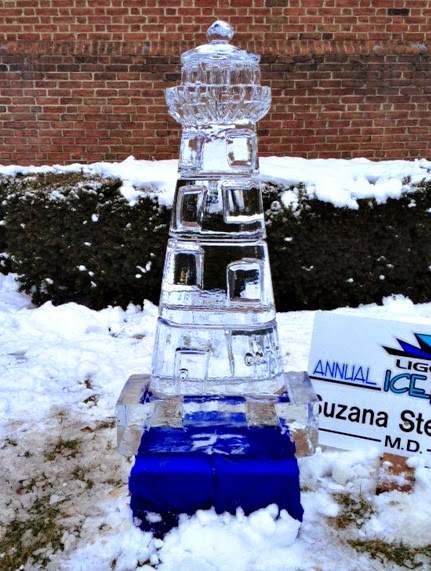 It was cold but it was a very nice afternoon for ice! 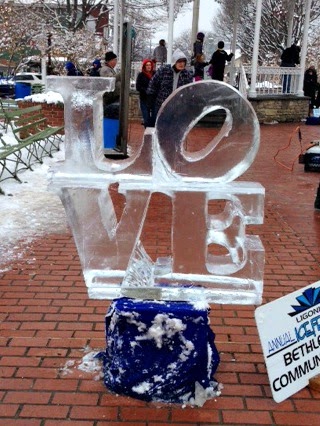 Here's Andrew at his new location for his bead store.  It's very nice and cheerful! 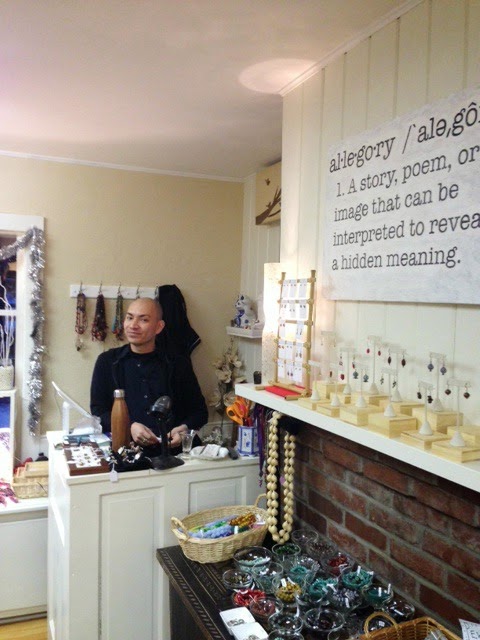 He had a gallery opening Saturday night, called "Fathom".  Mermaids abounded!  If you click on the photo you'll see works by his sister, Cynthia, Diane Hawkey, and Junker Jane, to name a few. 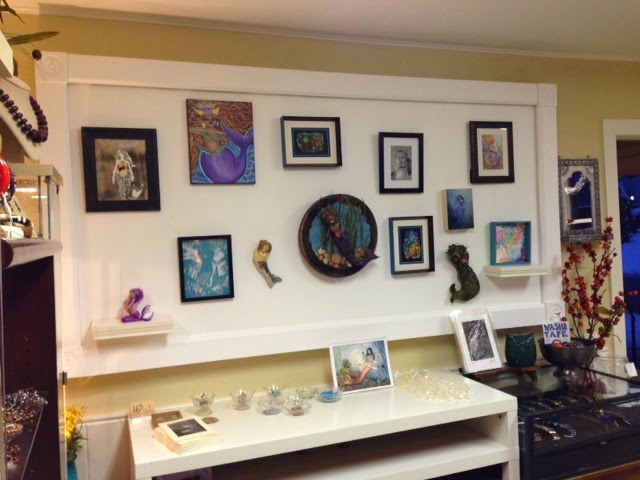 After we visited with Andrew, we went into Greensburg and had a great dinner at J Corks.  All in all an awesome day off!

Unknown said…
First I love ice sculptures and second you got to go see Andrew so I am totally jealous!

Andrew Thornton said…
Thanks for coming out! I am glad to see you had a good time! We had fun and hope everyone who braved the cold did as well!
January 27, 2015 at 9:09 PM

May 13, 2019
Hi Everyone - just wanted you to know I've moved over to WordPress for my blog and web site. You can find me at www.SusanKennedy.net
Post a Comment
Read more

August 30, 2016
It's the end of August, which means it's time for another Art Jewelry Elements challenge!  This month it was a headpin design challenge, and I am ALL OVER IT!  I have a few headpin tutorials over at the Art Jewelry Elements blog: Flower Disc Bead Earrings Flower Headpin Earrings Earring Stacks with Headpins And then I made all of these other earrings with my headpins! These earrings used pretty filigree copper bead caps with czech beads and a size 8 seed bead. These earrings used a gorgeous brass bead cap with a titanium hematite rondelle and a size 8 seed bead in a complementary color. These beach inspired earrings used an ammonite headpin with titanium hematite spacers, and a gorgeous coppered aqua pumpkin bead, an indonesian bead, a wood bead, and a size 11 seed bead to capture all of the elements of the beach! And these earrings, which are also beach themed, using an ammonite headpin, titanium hematite spacer beads, czech faceted rondel
23 comments
Read more

December 21, 2017
Diana Ptaszynski had a great idea, instead of a Tacky Christmas Sweater blog hop, a Tacky Holiday Earring blog hop! I was on it.  I had ideas right away.  I had so many I had to control myself.  You can buy these for $15 each, too!  Here we go! I found these awesome wreaths in the miniature Christmas section in Michaels, and they go perfectly with silver and copper colored plastic beads! These trees were found in Michaels, on an end-cap - I assume they are scrapbook or card making supplies, but make fantastic earrings.  The holes were a little small and far down, so I had to make LARGE loops.  Paired these with cute little gold colored jingle bells! And, finally, the ones I had in my head the moment she announced the blog hop.  Dr. Seuss sparkly puff balls with ribbons.  The only thing that would have made these better for me is if I could have found the red ribbons I really wanted to pair these with - don't get me wrong, the silver is cool and all, but in my head they w
11 comments
Read more