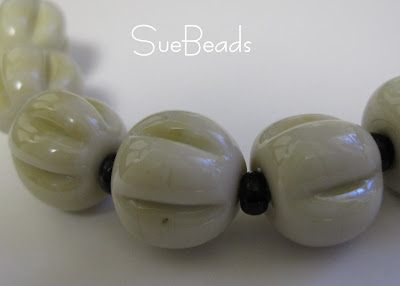 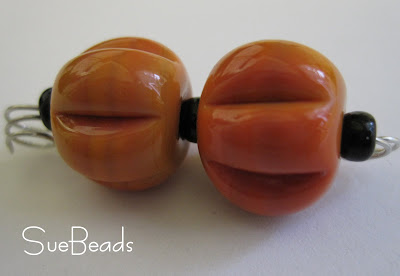 And I could NOT resist buying these pumpkins from Kylie Parry on etsy. She also made some plain ones, which I had to have as well! And some other things, too. She is just making too many cute things - she's mean! Hopefully my show in October will be well worth it! 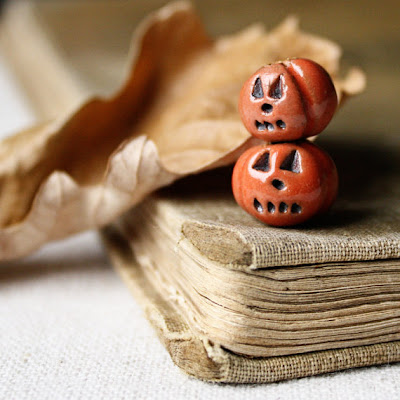 Anonymous said…
I love the Halloween season! Your beads are cool but, those pumpkins from Kylie are so darn cute! They would accent each other so well in a bracelet! Hmmm! Now you got me thinking!
September 1, 2011 at 2:51 PM